Ronda is one of the most ancient cities in Spain. The site's impressive geography made the place a natural fortress. Ronda was one of the Moors' most important towns, and Muslim rule lasted until 1485. 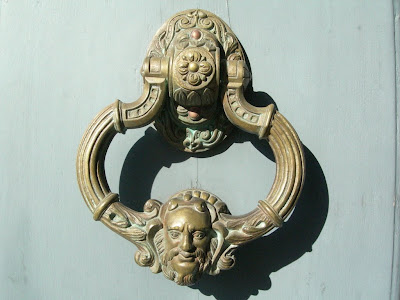 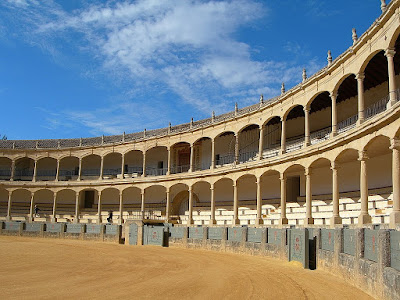 Ronda's neoclassical style Plaza de Toros where live bulls are ritually killed as a public spectacle. Bullfighting is banned in many countries, and criticised as a cruel or barbaric blood sport, in which the bull suffers severe stress and a slow, torturous death. The Ronda bullring is recognised as the first purpose-built space for fighting bulls in the world. The first fight took place in 1785. Madonna made Ronda's bullring famous by including some nifty views in the Take a Bow music video (watch on myspace). 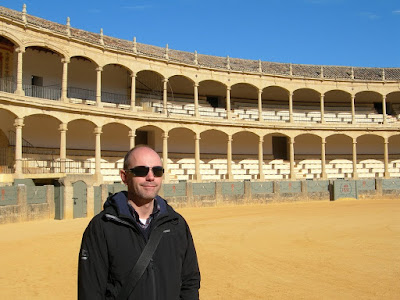 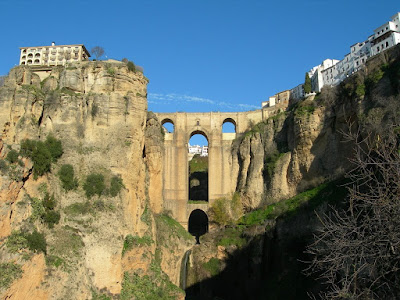 The Guadalevín River runs through the city, dividing it in two and carving out the steep, 100 plus meters deep El Tajo canyon upon which the city perches. Because of the cliffs, Ronda was one of the last Moorish cities to fall during the Reconquest of Spain by the Catholic monarchs. The bridge Puente Nuevo (new bridge) was built in 1751. 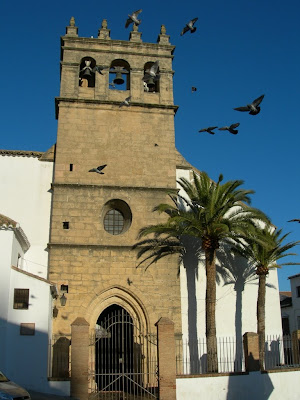